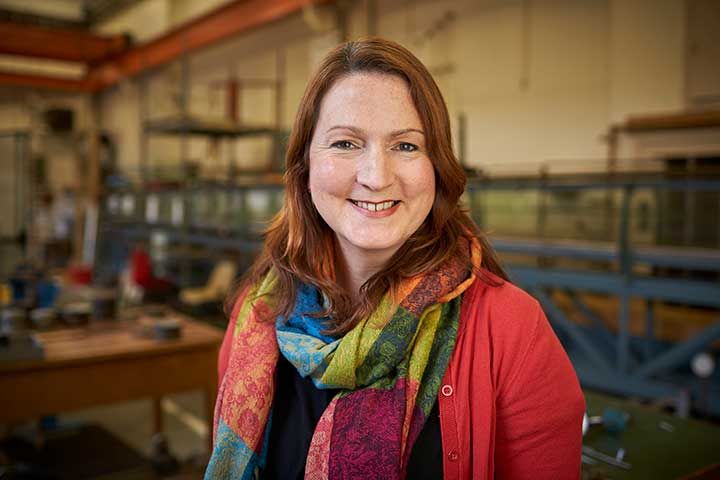 I’m a Senior Lecturer in Environmental Science with over 20 years of experience of teaching, research, consultancy in the fields of Urban Ecosystem Services, Green Infrastructure, River Restoration, and Sustainable Stormwater Management (Natural Flood Management and SUDS).

Before joining the Urban Water Technology Centre at Abertay in 2002, I completed my doctoral training in physical geography at Dundee University, and then worked as postdoctoral researcher on stream and river processes at the University of Illinois (UIUC), USA.

I work locally, nationally and internationally with government, industry, environmental regulators and research collaborators to address contemporary environmental management challenges and to increase our understanding of human interactions with nature.

I’ve been involved in a wide range of projects, from water and ecosystem management in urban areas in Brazil, and urban diffuse pollution mitigation in Scotland, to linking greenspace with health benefits.  I have established success in research proposal writing, consortium building and funding procurement. In the period from 2008 – 2017 I was involved in 73 submitted proposals (as PI, Co-I, or named researcher), 33 of these were successful (45% success rate).

I also coordinate the international SUDS network (SUDSnet) helping to connect researchers and practitioners within an international community of practice. With my co-organiser (Prof Sue Charlesworth at Coventry University) we have been running the network and hosting international conferences since 2004. We have sustained the network as a self-funded community of professional practice for 10 years since the EPSRC network funding finished. The network has over 800 members internationally (network membership is 75% practitioners, 25% academics). Through the network we have been instrumental in knowledge exchange and sharing of good practice during a time when the understanding and application of sustainable drainage has been developing at pace.

As a STEM ambassador and Athena Swan leader I help to promote STEM subjects and equality in STEM, working within Abertay and externally with schools, running Café Science events, Women in Engineering day activities and the Dundee Women in Science Festival.

Brief Biography: I gained my PhD (conferred 1998) at the University of Dundee. My thesis title was “A Quantitative Study of Waterborne Soil Erosion on Agricultural Land in Eastern Scotland - Towards Erosion Prediction”. Not long after completing my PhD I took up a Post Doctoral Research position in the USA at the University of Illinois at Urbana-Champaign (UIUC). Whilst in Illinois I worked on river channel dynamics. My main research project was a US EPA-funded ‘Star Project’: “Development of an Integrated Scientific and Technological Framework for Stream Naturalization”. I was responsible for interdisciplinary project management, coordination of research focus and logistics and coordination of annual reporting.

I have been working in the Urban Water Technology Centre at the University of Abertay Dundee since returning from the USA in October 2002. During which time I have been involved in teaching, research, consultancy, and contract work and professional training (CPD).

My background is physical geography but I teach collaboratively with civil engineers and work in interdisciplinary teams on research projects that contribute to our understanding of human interactions with nature, and natures' interaction with the built environment. I work in both urban and rural settings and have extensive experience of working with the public and with stakeholders in relation to decision-making for multi-functional/ multi-benefit use of urban greenspace and rural environments. I have a track record of linking research to engineering and planning requirements and an successful in bringing together teams from diverse disciplines and backgrounds.
In addition to SUDSnet, and other projects mentioned above, I have been awarded funding from AHRC to conduct 3 cross-disciplinary, community enagement projects within the Cross-ResearchCouncil 'Connected Communities' programme. I have worked with the James Hutton Institute on Scottish Government projects related to Urban Diffuse Pollution mitigation and Rural SuDS. I have contributed to 2 EU projects: an EU Regional Development project on low-carbon initiatives (LoCalNet: http://www.localnet.abertay.ac.uk/) and an EU MED programme dedicated to improving energy efficiency through sustainable stormwater management (E2Stormed: http://www.e2stormed.eu/). more recently I have contributed to Global Challenge research projects (Via Newton Fund) exploring possibilities for gaining multiple benfits from urban green space in Brazilian cities.

I am the Programme Leader for the MSc programme. The programme is an integration of scientific, technical, managerial and entrepreneurial concepts in the management of the environment, focusing on energy requirement, production and utilisation, and water resources management. Find out more here: http://www.abertay.ac.uk/courses//pg/ensus/

I contribute to the following modules:

Urban Ecosystem Services: goods and services provided by the environment which are particularly relevant in urban areas; multiple benefits.

I have contributed to EU and International projects and provided policy guidance to Scottish Government on diffuse pollution management, urban stormwater management and rural SuDS. I have contributed to both of the UK National Ecosystem Assessment reports (2011 & 2015). These have formed the basis of U.K. Government environment papers and policies.

I am a prolific writer of research proposals and have a track record of success in consortium-building, proposal preparation and funding procurement.

I have worked with colleagues on many European and International projects that have challenged me to work across cultures and languages and in different climates to deliver solutions that tackle water quantity and quality problems whilst also delivering additional benefits (such as; amenity, recreation, biodiversity, energy saving, aesthetic improvement, health and well-being etc).

Examples of recent International projects are:

More locally, I work with stakeholders and communities to help deliver impact from research.

Examples of local projects are:

Dundee Green Health Partnership, working with NHS Tayside and Dundee City Council and supported by SNH (Scottish Natural Heritage) exploring Dundee's natural environment as a resource that can be used to help tackle some of our key health issues. The initiative aims to bring about a step change in the use of nature-based solutions to deliver health outcomes.

Rottal Burn River Restoration Project, working with Esk Rivers and Fisheries Trust, River South Esk Catchment Partnership and Angus Council to monitor the progressive physical environment changes to a restored river reach. As well as monitoring the movement of the river through time we have been exploring the ecosystem service values resulting from the restoration efforts and have hosted a conference show-casing 5 years of collaborative research work and multi-agency data collection at this river restoration location.

When collaborating on projects I work with colleagues in a holistic and inclusive way. I often work on projects where key stakeholders are engaged from the very early stages to work collaboratively to form ‘learning alliances’ and ‘regional working groups’ to co-design and co-deliver the storm water solutions. This approach helps regions to ‘transition’ to more sustainable storm water management. Evidence of this can be seen in the E2Stormed project (http://www.e2stormed.eu/). Within the E2Stormed project, along with UWTC colleagues, we were instrumental in delivering SUDS training and advice as well assisting in development of Regional Working Groups for Energy Efficiency and production of the Transition Manual for several Municipalities across the Mediterranean.

I am a STEM Ambassador, actively working with schools and stakeholders in scotland to promote, inspire and engage young people in STEM, and particularly to encourage and support women in science and engineering.

I am Abertay Universitys' 'Women in Science' Representative for: Dundee Women in Science Festival  (http://www.dundee.ac.uk/revealingresearch/newsandevents/womeninscience/)

and Athena SWAN Award self-assessment team (SAT) member for Abertay (http://www.athenaswan.org.uk/) and SAT chairperson for the School of Science Engineering and Technology (SET) at Abertay.

I am a Café Science Dundee committee member and organiser, (http://www.cafesciencedundee.co.uk/),

I have been invited to present my work to the public at Cafe Science Dundee, at Abertay Rotary Club, at The Royal Tay Yacht Club, in the Dundee Afternoon lecture series and in the Royal Scottish Geographical Society public lecture series and to the Scottish Crucible Forum (2017). 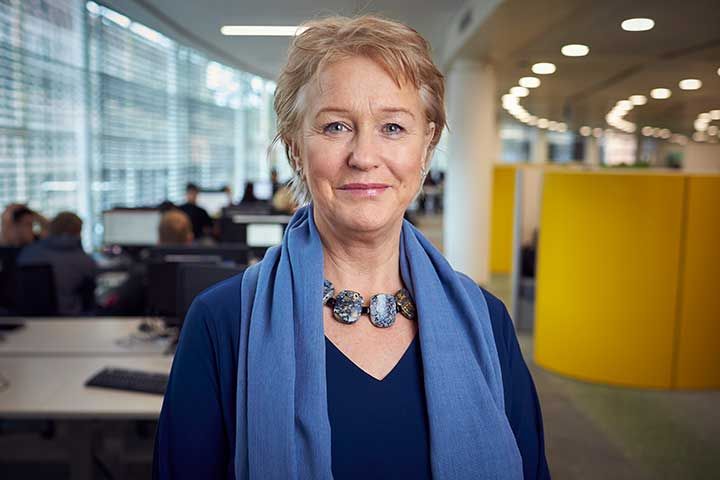 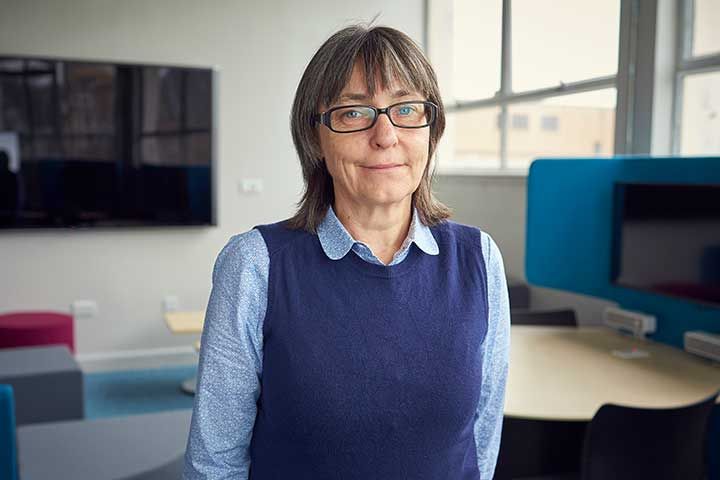