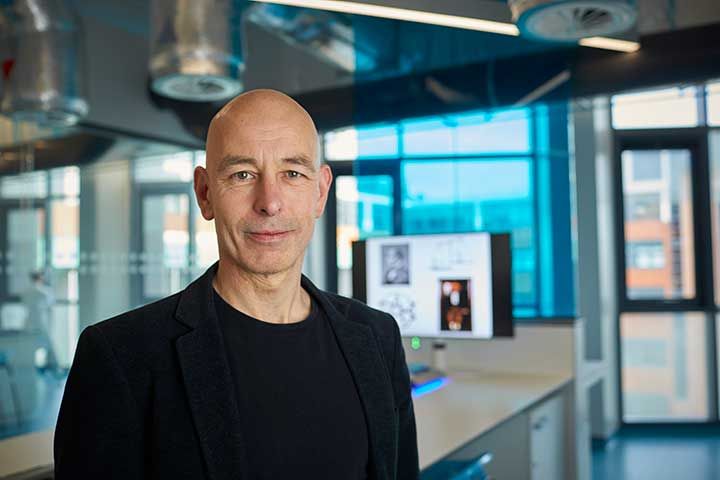 I teach and research in the related areas of bioethics and genetics.

My research interests are focused on the ethical issues arising in respect of Complementary and Alternative Medicine (CAM) and genetics. I am committed to the principles of science-based medicine and apply bioethical analysis to pseudoscientific CAM modalities such as homeopathy.

I have led the University's successful Biomedical Science (BMS) degree programme since 2004. It is the highest rated BMS programme in Scotland as rated by students in the National Student Survey, and was recently ranked by the Guardian League Table as within the top three programmes in Scotland in the domain of bioscience..

Outside of University, windsurfing and cycling keep me busy.

Links between teaching and research

My work is directly relevant to biomedical science in general, and therefore directly relevant to the BMS programme. It is my responsibility to teach bioethics on the BMS programme – NB bioethics is an essential (and indeed growing) element of biomedical science – and my research strongly informs my teaching in this domain.  Every year I provide a number of innovative projects, which are keenly sought after by BMS students.

My research is in bioethics and theoretical genetics. My ethical perspective is utilitarian. I am particularly interested in ethical issues arising in respect of [a] so-called 'Complementary and Alternative Medicine' (CAM) and [b] genetics. In terms of CAM, I apply bioethical analysis to CAM ethics in general and particularly to the pseudoscientific modality of homeopathy. My conclusions from such analyses, thus far, have been highly negative: there are serious ethical concerns surrounding CAM - and I believe that these issues need to be articulated in order to prevent patient harm and maximise support for scientific medicine. Indeed, I argue that there exists an ethical duty on bioethicists, physicians, scientists and educators to work to inform the public about the ethical problems associated with CAM. In terms of ethical issues arising in the domain of genetics (known as 'genethics'), I am particularly interested in genetic modification (GM), especially where this affects (directly or indirectly) humans, with my work encompassing transgenic bioreactors, xenotransplanatation, GM food, gene therapy and genetic enhancement. I believe that we require a new 'green revolution' if the world's growing population is to be sustained, and that this revolution, if realised, will be based upon GM technology. In this respect I suggest that attempts to prevent the development and use of GM food technology are ethically reprehensible. I further suggest that science and society has an ethical imperative to work towards effective and safe forms of human genetic modification and enhancement technologies: such technologies hold the potential for major improvements in human health and quality of life in the future. Another area of genethics I am interested in is the occurrence of de novo mutations in the human germline: I suggest that this fact of nature throws up some important ethical questions - for example, in respect of procreative decisions including the ethics of delayed fatherhood. In respect of bioethics more broadly, I regret the obscurantist and anti-analytical trend that is becoming increasingly apparent in at least some strands of recent (bio)ethical discourse. I suggest that postmodernism is partly to blame for this, as is the rise of the career ethicist and the ethics industry in general. However, bioethics matters: ethically informed medical policy and practice is crucially important to people and to society. Bioethicists are, I suggest, under an obligation to make their voices heard. For example, many bioethicists (including myself) consider it to be a travesty that terminally ill patients in the UK are denied the option of physician assisted suicide; but this is not simply an academic issue: committed bioethicists ought not to rest in the pursuit of practical progress towards allieviating suffering, by repeatedly arguing for a change in legislation to give patients the option of ending their lives in dignity and freedom from suffering.

Excluding publications since 2015, which are too new to have generated significant citations, my journal papers have generated an average of 21 citations each, with the top paper generating 154 citations. This is a high citation rate, particularly considering that bioethics articles are cited at a much lower rate than empirical scientific or medical papers. Moreover, around 75% of my research output is in the form of single-author papers. (Most of the remainder of my articles have 2-4 authors; only 2 articles have more than 4 authors.) This demonstrates that the vast majority of my citations/impact success is attributable entirely to my own work.

Several of the journals I publish in are particularly highly ranked in their field. The most prominent are the Journal of Medical Ethics (JME) and the Bioethics journal. I have published a total of 7 articles in these two journals. The JMEs is the world’s top-ranked journal in bioethics for 2015 according to Google Scholar Metrics, with an impact factor of 1.511 and an h5-index of 28; and the Bioethics journal is ranked 4th, with an impact factor of 1.483 and an h5-index of 22. It should of course be noted that such metrics do not give the whole measure of research quality, and I personally am opposed to any simplist uses of impact or related measures to assess output, e.g. as has been proposed for the next REF.

My research has received national and international attention beyond academia, leading to media coverage including TV, radio and print media interviews. Due to my research-related esteem, I have often been asked to provide views on topical matters of medical science and ethics, including media interviews, debates and solicited commentaries.

To take the most recent example, in 2015 my JME paper ‘Paternal Age Bioethics’ drew a great deal of attention from the media. I was interviewed several times for various broadcast and print media, leading to news and features coverage on various forums including:

In terms of academic responses, my paper also generated a good deal of commentary online, including expert opinions and web articles. For example, my paper ‘Against Homeopathy – A Utilitarian Perspective’ (Bioethics journal, 2011) generated a great deal of media and academic interest. In addition to broadcast and media coverage, including interviews, this publication had notable impact in academic and medical circles. My paper was ranked in the top 40 worldwide of all medical ethics articles published that year, at position 32.  It has been mentioned in a number of professional periodicals for practitioners in the fields of medicine, dentistry and veterinary medicine, on account of the paper’s arguments against the use of homeopathy as a therapeutic modality.

On a number of occasions I have been asked to provide my views as an expert on contemporary bioethical issues by local, national and international media.

Other indicators of esteem

I was returned to the most recent Research Assessment Exercise (REF 2014), as well as to its predecessor (RAE 2008). I expect to be returned in the next REF.

Member of the editorial board of the Focus on Alternative and Complementary Therapies (FACT) journal.

Chief guest editor for a 2016 special edition of the Bioethics journal.

Invited reviewer for academic books for both Wiley and the Oxford University Press.

I collaborate with high profile international researchers. Published output has resulted from my collaborations with the following highly prominent individuals:

I have been an invited speaker at popular science events; particularly ‘Skeptics in the Pub’ talks/debates (Aberdeen, Dundee, Edinburgh and Glasgow). 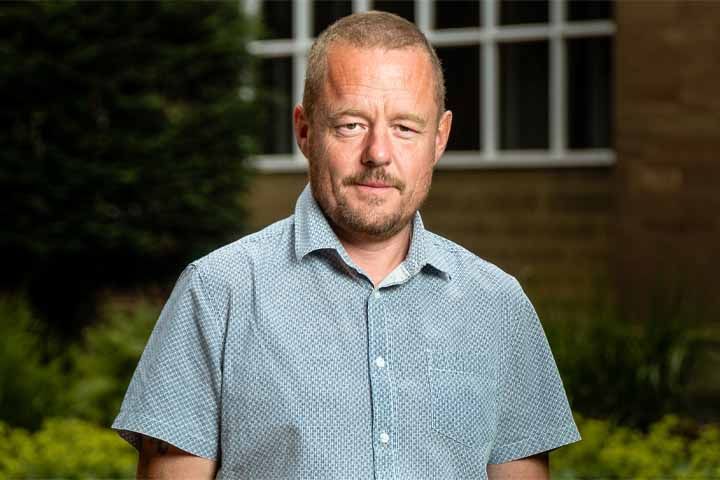