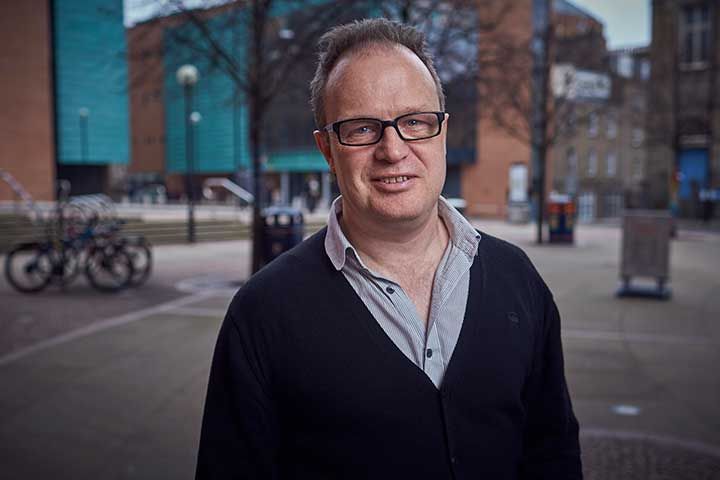 M.Phil in Political in Political Theory and Philosophy, Distinction, Thesis: Habermas, Foucault and the New Social Movements, University of Glasgow, 1995.

PhD in Sociology, The Anti-Roads Protest Movement in Nineties Britain: a Sociological Interpretation, University of Glasgow, 2000.

He was promoted to Senior Lecturer in 2009 and served as Sociology Division Leader between 2011 and 2015 when he gave up the position because it ceased to be rotational and became permanent.

He contributes teaching to

Wallace McNeish has conducted published research in the following fields

He has recently developed a research interest in

Apocalypticism in Contemporary Culture and Society

Wallace McNeish will consider supervisions for Masters by Research or PhDs that fall broadly within the fields indicated above.

I have recently completed leading an ATLEF funded interdisciplinary research project entitled 'Creativity, Employability and the Gaming Habitus'. This project brought together members of the Sociology Division and the School of Arts, Media and Computer Games to research games, gaming, gamers and game cultures.

Grant Application Reviewer for the ESRC.

The Sociology Division regularly engages in different forms of outreach, recruitment and public engagement activity including Information and Open Days, School and College visits, the hosting of Schools and Colleges teaching events, public debates and media contributions in relation to specialist research fields.

If you would like a sociologist from the Division to engage in any form of public engagement activity please use the contact details for staff provided on the University webpages.

Division of Sociology | Professor in Criminology