More than 340 primary school kids from across Dundee took part in a range of colourful experiments as Abertay University hosted its annual British Science Week event.

Children from Claypotts, Our Lady’s, Rosebank, Victoria Park and Blackness primaries were at the Bell Street campus for a full day of activities designed to promote an interest in STEM subjects.

Held in the university, the hands on activities included how to create lightning, make electro magnets and build spaghetti towers.

The children learned how to take fingerprints, how digestion works and enjoyed a session on the science of sandcastle building. 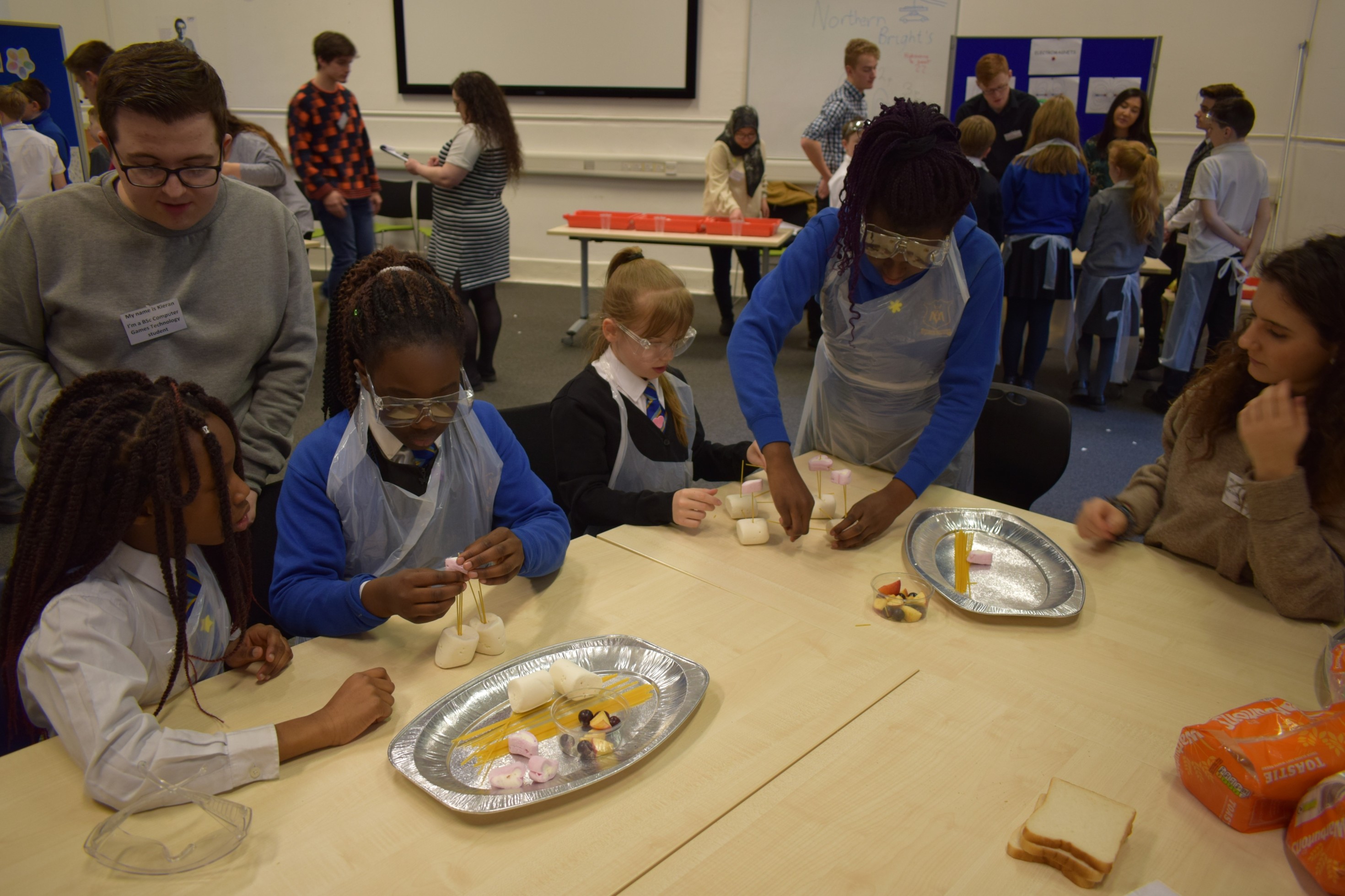 All sessions were presented by Abertay students as part of their coursework for the elective module, Inspire and Discover: Communicating Science.

Organisers Dr Janet Horrocks and Dr Joanna Fraser of Abertay’s Division of Science, said the event had been timed to coincide with activities across the country for British Science Week.

Dr Horrocks said: “This has been fantastic exercise, both for getting the pupils interested in science and in terms of delivering hands-on teaching experience for our students. 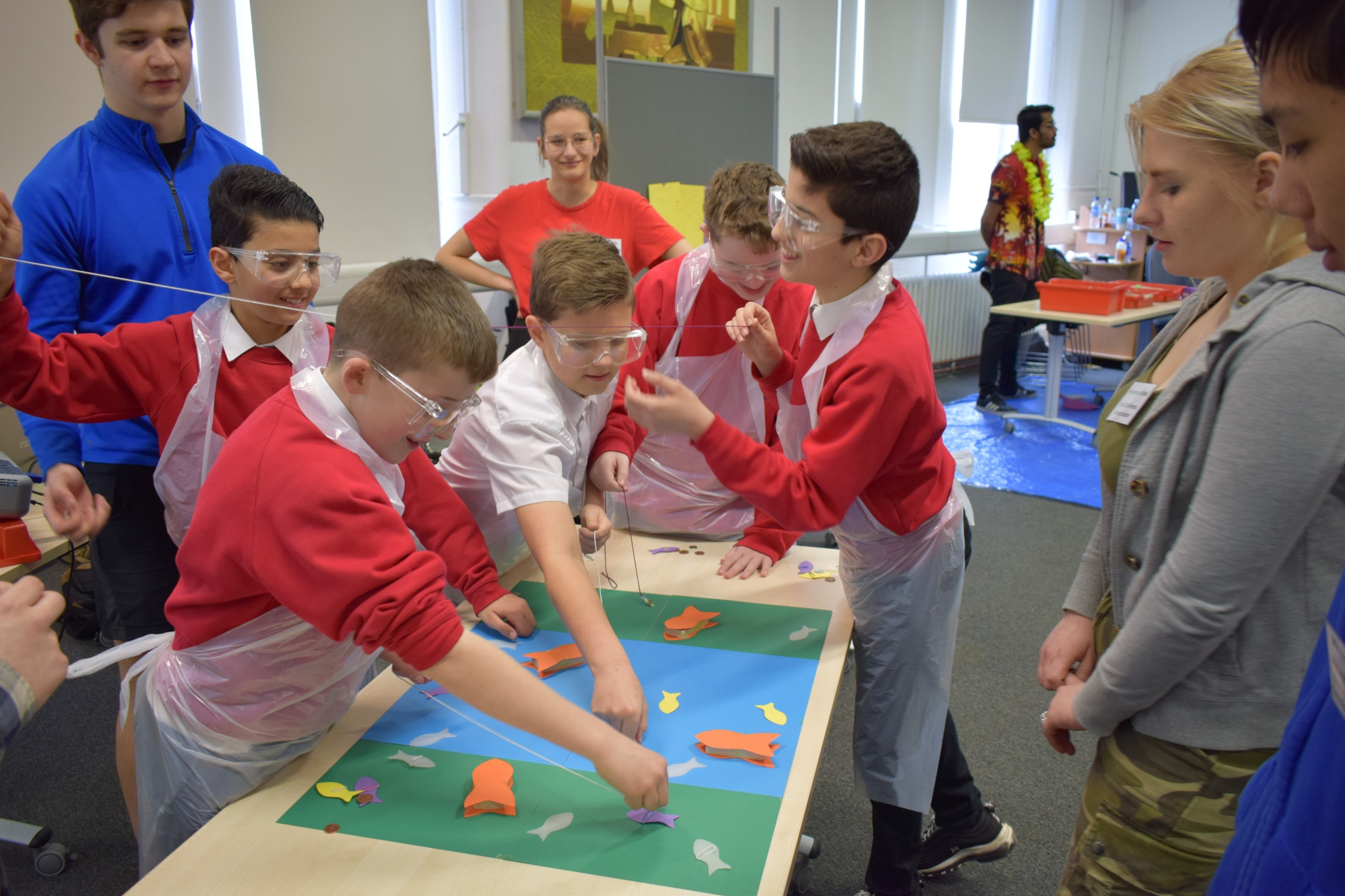 “British Science Week is a tremendous way to raise the profile of STEM subjects and encourage young people to consider science as a career or further study option.”