I am a dual-qualified solicitor - in both the Republic of Ireland and in England and Wales - with significant experience of providing expert legal advice and consultancy in relation to EU justice, European affairs and the Area of Freedom, Security and Justice (AFSJ).

My PhD - which I completed at the University of Edinburgh – examined the European Union’s legal relationship with the World Trade Organization through the medium of agriculture.

I’m particularly interested in the transnational criminal law, the external relations of the EU in the AFSJ, counter-terrorism and human trafficking and was called on to provide evidence to the Scottish Parliament's Justice Committee when it was scrutinising the Human Trafficking and Exploitation (Scotland) Bill 2015.

I am involved in giving consultancy advice under different EU consultancy contracts, and for four years, I led an Abertay-based research team which was appointed to provide consultancy advice to the EU's Committee of the Regions in the Area of Freedom, Security and Justice.

I have been the coordinator of the Policing and European Studies interdisciplinary research network from 2010 to 2016 and a founding member of the Scottish Institute of Policing Research. In 2017/18 I held a visiting research fellowship at the Institute of Advanced Legal Studies in London.

LAW330 coordinator and supervisor of many reserach projects.

Transnational Criminal Law, and EU Justice and Home Affairs law, in particular the external relations of the EU in the AFSJ (to include, post Brexit, with the UK), counter-terrorism and trafficking in human beings.

£500 from the Society of Legal Scholars Research Activities Fund towards the costs of research being conducted in London into human trafficking/ modern slavery, awarded April 2016, with work being undertaken September/ October 2017.

Lead co-ordinator to a University of Abertay based team who were appointed contractor to the Committee of the Regions, third choice, after an open and competitive tendering process under Committee of the Regions Multiple Framework Service Contract CDR/ETU/52/2001, Area of Freedom Security and Justice (contract signed November 2011, for one year, and renewed thereafter for three more years).

£5,000 paid over 3 years, for UACES funding to set up a research network entitled "Policing and European Studies" to be based at Abertay, March 09.

Maria acted as consultant to RAND Europe's consultancy contract with the European Parliament "The Cost of Non-Europe in the Fight against Terrorism", Many 2017 to January 2018.

Maria has acted as external evaluator to the European Commission's DG Justice's JPEN and JCIV funding calls in 2012 and 2013.

1.The Irish National Report under the Grotius Programme 2000/GR/109; National means of implementation of third pillar instruments, (for the European Commission), on the the Implementation of Directive 91/308/EEC on Money Laundering and Regulation 3677/90 on Psychotropic Substances in the Republic of Ireland.

Four of her PhD students have been awarded their PhDs.

Her first PhD supervisee addressed comparative contract law. He graduated with his PhD in Summer 2010.

Her second PhD supervisee addressed the "Legal challenges for Developing Countries Exports of Agricultural Food products to the EU". She graduated in Summer 2013.

Her third PhD supervisee addressed the issue of "Scottish based anti-money laundering operations: police inter-agency co-operation across jurisdictions". This was a hybrid law/ criminology PhD, and was funded by the Scottish Institute for Policing Research (http://www.sipr.ac.uk). This student graduated in Summer 2013.

Her fourth PhD supervisee addressed the issue of forced labour in Saudi Arabia and the UK/ EU. This student graduated in Summer 2016.

Her continuing PhD student is covering "The principle of subsidiarity and police and judicial cooperation in the fight against sexual exploitation: prostitution in a diverse EU common market". This student is being co-supervised by Dr. Michelle Weldon Johns.

A further student has been awarded an LLM by research for a thesis on "EU environmental crime and punishment", and another, conducted at another University, undertook research on the title "European Institutions: a target for espionage".

Maria also gave evidence to the Scottish Parliament's Justice Committee when they were examining the Human Trafficking and Exploitation (Scotland) Bill 2015 (on the 10th March 2015) http://www.scottish.parliament.uk/parliamentarybusiness/Bills/84356.aspx. 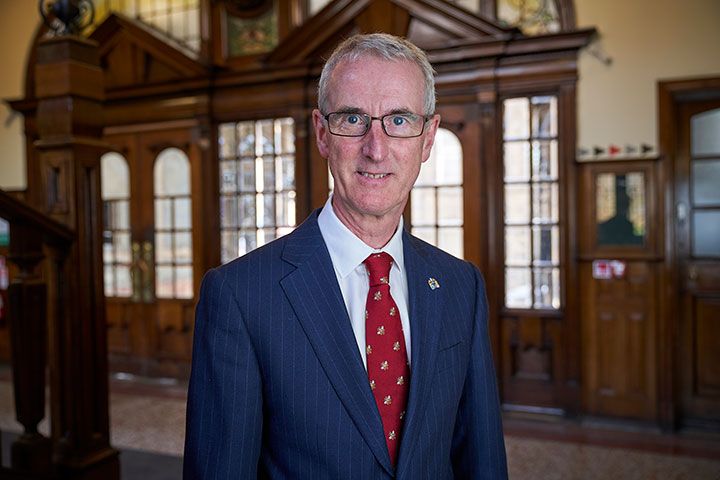 Division of Law | Professor in Law